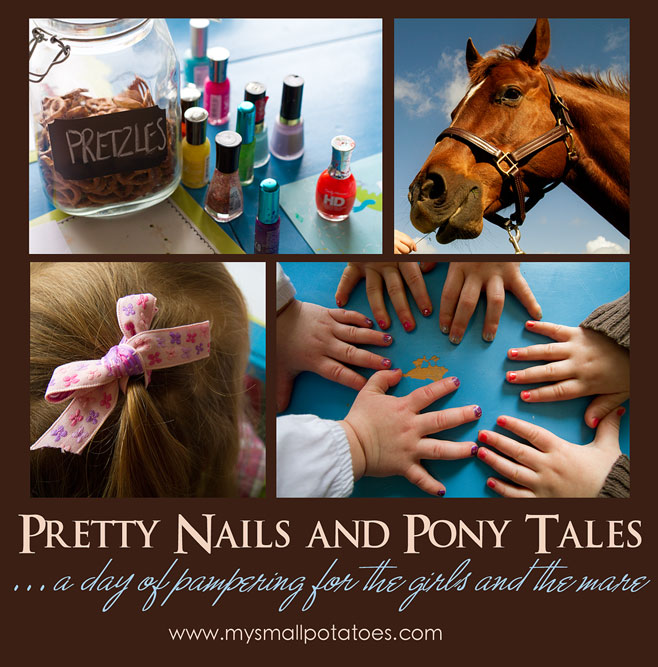 “A girl must be two things: classy and fabulous.”  ~Coco Chanel

Yesterday, we got fabulous. Oh, yes we did!

It all started with a trip to the stables to see JessieMare get her hooves trimmed by the farrier. Now, forgive me for not realizing I had my “big-girl” camera in the van during the WHOLE session with the farrier. Because of my old and forgetful brain, you will have to deal with some not-so-great Instagram photos from my phone. When we started out on this adventure, I didn’t realize it would lend itself to a future blog post…the smalls, however, had plans! 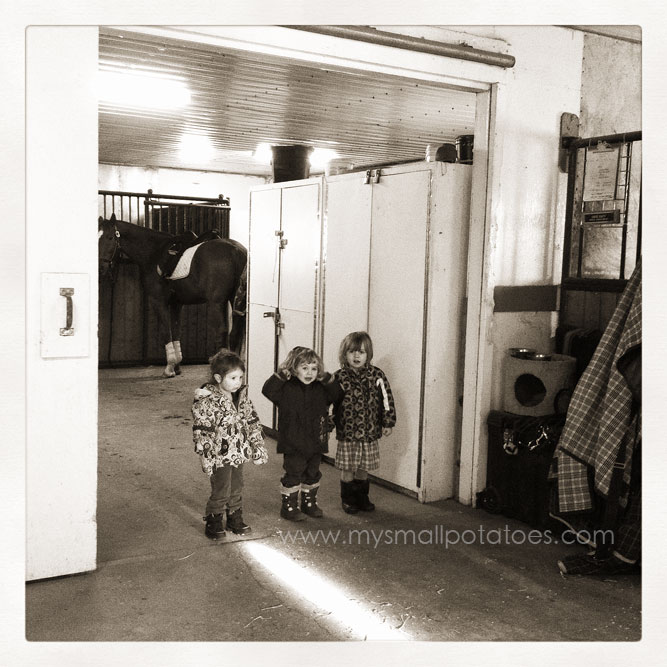 When it was Jessie’s turn, the farrier invited the girls over to watch more closely. He showed them his big clippers and explained how he was trimming Jessie’s hooves just like their mums trimmed their finger and toenails… 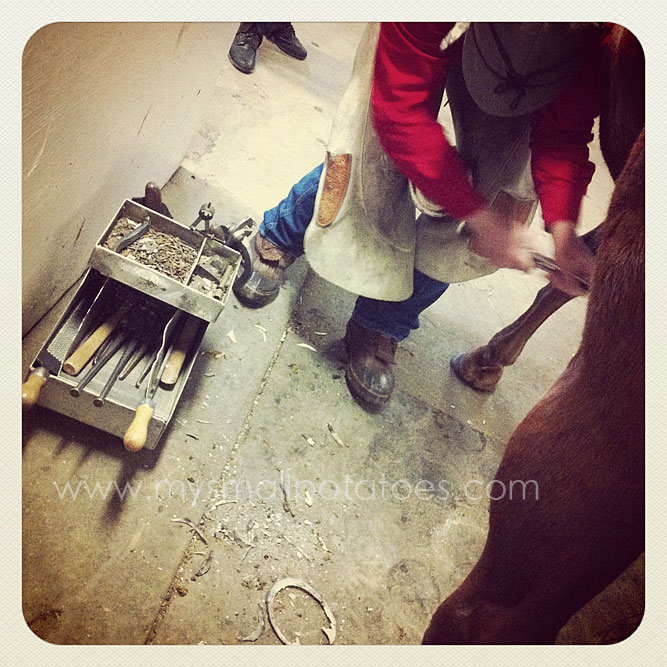 After he had trimmed off one of Jessie’s hooves, he handed the girls the clipping for them to hold… 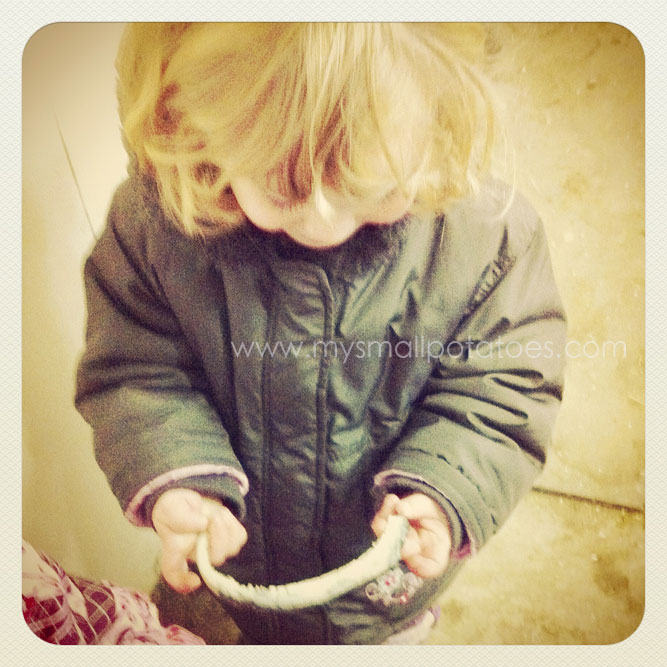 It was MUCH bigger than their own nail clippings! Then the farrier filed Jessie’s hooves and we were surprised to see the hooves come off in strands, instead of dust like our own nails! 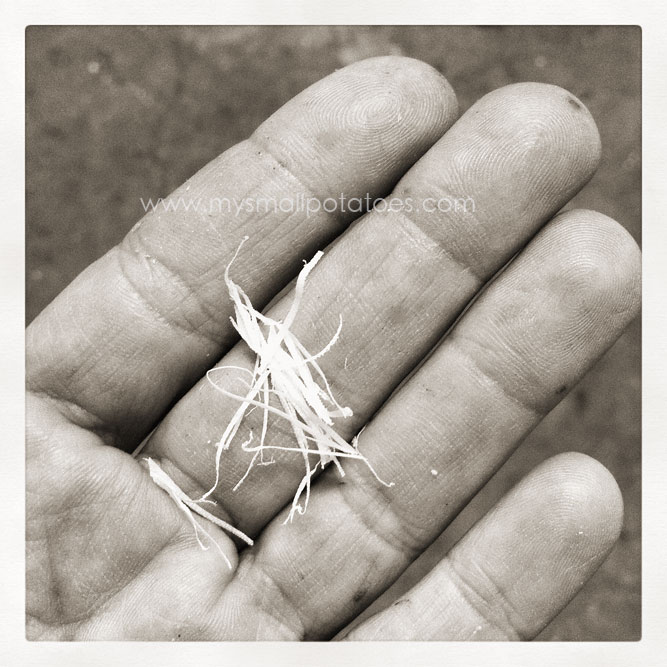 When the farrier was finished, I suggested he paint Jessie’s hooves with nail polish, just like they do at the nail salon. The girls thought this was a GREAT idea and started shouting out the colours that we should use for Jessie! Purple with sparkles got the most votes!

My daughter Emily told the smalls that she didn’t have any polish at the barn, but maybe we could do Jessie’s hair instead! And so she did. So many pretty braids for Jessie! And because she had no nail polish, Emily put Jessie’s pretty turquoise polo wraps on her legs! Now Jessie looked classy and fabulous! (…enter “big-girl” camera!)

And we decided to go home and do the same! We got out the spray bottle and comb, just like Emily used for JessieMare, and then raided the ribbon jar…

Then, we got to doing our nails. We looked at our nail clippers and talked about how different they are than the ones the farrier uses! So much smaller! 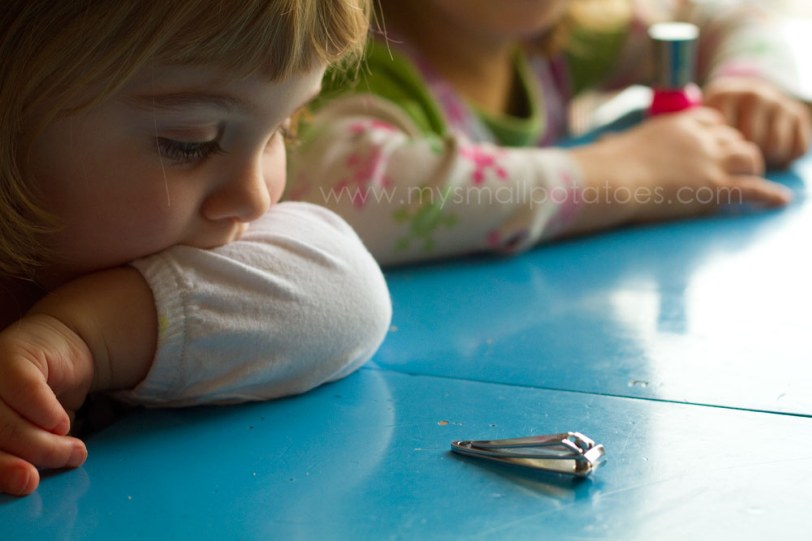 Oh, and the best part…choosing their nail colour!

We got started on painting nails… 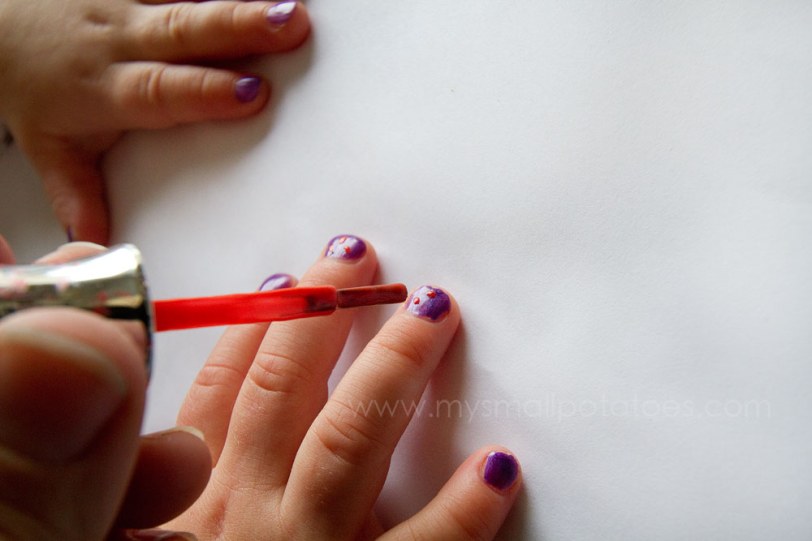 The girls were having so much fun, they giggled and giggled as they blew their nails dry…

So much fresh air and laughter made the smalls hungry, but what’s a girl to do when her nails are wet? Well, have treats fed to you, just like Jessie, of course! 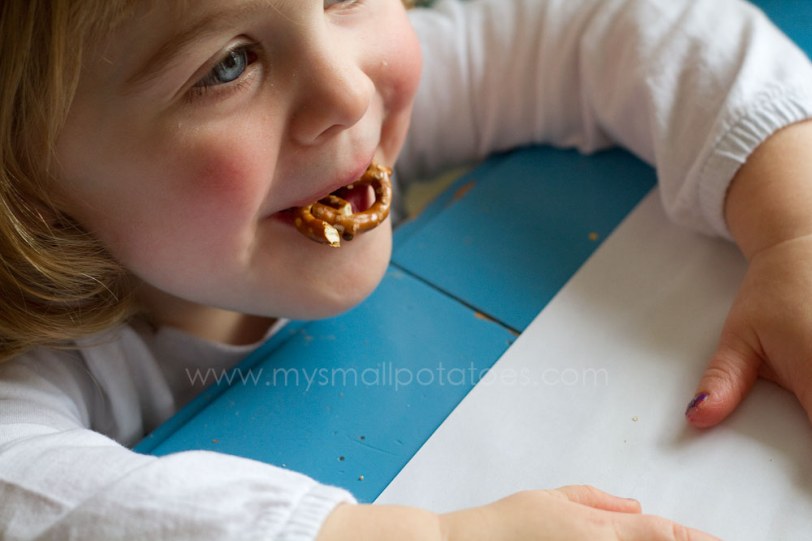 Oh my goodness, if you could have seen these girls laugh as they tried to eat without their hands!

Nothing puts a smile on a girl’s face like a little pampering! We mothers know this very well! These little ones enjoyed being the centre of attention and getting all dolled up like Jessie did. It was a day of learning, smiles and giggles, colours and fabulous-ness!

*disclaimer: I realize my pretzel jar has a misspelled label and I have since corrected it! I can’t handle spelling errors! Hehehehe!