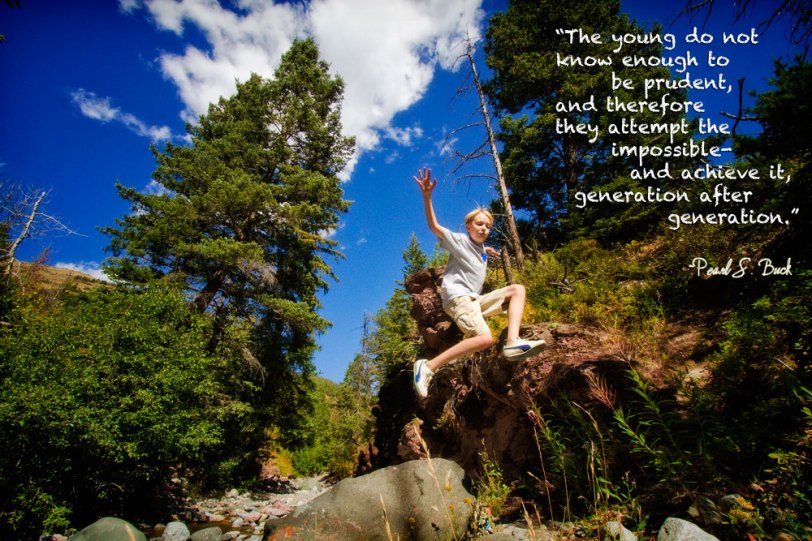 I mean yes, some days I think I know it all and I think I’ve learned all that I can learn from these little humans…but it’s SO not true. Everyday I “re-learn” something new. Something I used to know as a young girl, but have forgotten in my adulthood. I re- learn to be more curious. I re-learn to let go of the small things. I re-learn to imagine. And I re-learn to be present.

But the one thing I still haven’t re-learned is to take a risk.

A big risk. One that might have me end up flat on my face, or curled up in the fetal position on my floor with a blanket for days on end. There was a day when I was ready to jump out my bedroom window into the wind with a flannel blanket as a cape because I was SURE I could fly if I just had enough “oomph” behind me. Children are big risk-takers. It’s in their job description.

But as I’ve grown and taken some risks, I’ve hit the ground hard a few times and I’m tired.

Re-learning to be a risk taker is not as simple as it sounds. It’s all about taking it one step at a time, I suppose. One can not jump out of a window unprepared and expect to fly, right?

So… over the course of the winter, you might start seeing a few new things here at Small Potatoes that are proof that I’m practicing to be a risk-taker. And that’s all I’m sayin’.